What are Bull Put Spreads?

A bull put spread is a trading strategy in the options market in which the trader purchases put options at a predetermined strike price while simultaneously selling the same number of put contracts at a higher strike price than the earlier contract. This type of options trading strategy is used when the trader expects the price of the underlying asset being traded to end higher than the previous strike price on expiry. The trader therefore expects to profit from the premium after the contract with the lower strike price expires without value, after transaction costs have been removed.

Amount credited to the trader on trade open – transaction costs

If the price of this stock closes at $50, both trades are out-of-the-money and the trader will lose money on both contracts. The amount initially credited will be deducted from this amount to give his net loss.

There is also a trade outcome where the trade can end at breakeven point, but this is rare. Usually, the trade will end either in a profit or loss for the trader.

As in other options trade types, the trader must analyse the underlying asset to determine its price direction in order to avoid sustaining losses. An appropriate expiry date/time must be set by the trader so that there is just enough time for the asset to respond as the trader wishes.

Thirdly, the trader must keep his trade size to within 5% exposure maximum in conformity with acceptable risk management practices.

If these rules are obeyed, then the trader will go home smiling with some money in the bank.

Get Started in Options Trading Fast… 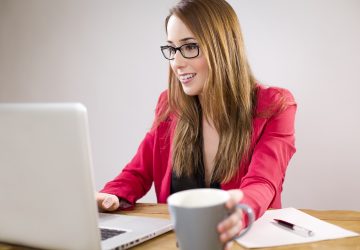 Trade for a Living Starting Today

Want More Cash FLOW? CRUSH IT with POPS CRUSH Then! And Get to It!

**** Any student testimonials were submitted by customer by their own inspiration and did not receive any compensation or their testimony, success story, review or feedback. Posted for encouragement. Your results may vary worse or better.
By continuing to browse the site you are agreeing to our use of cookies